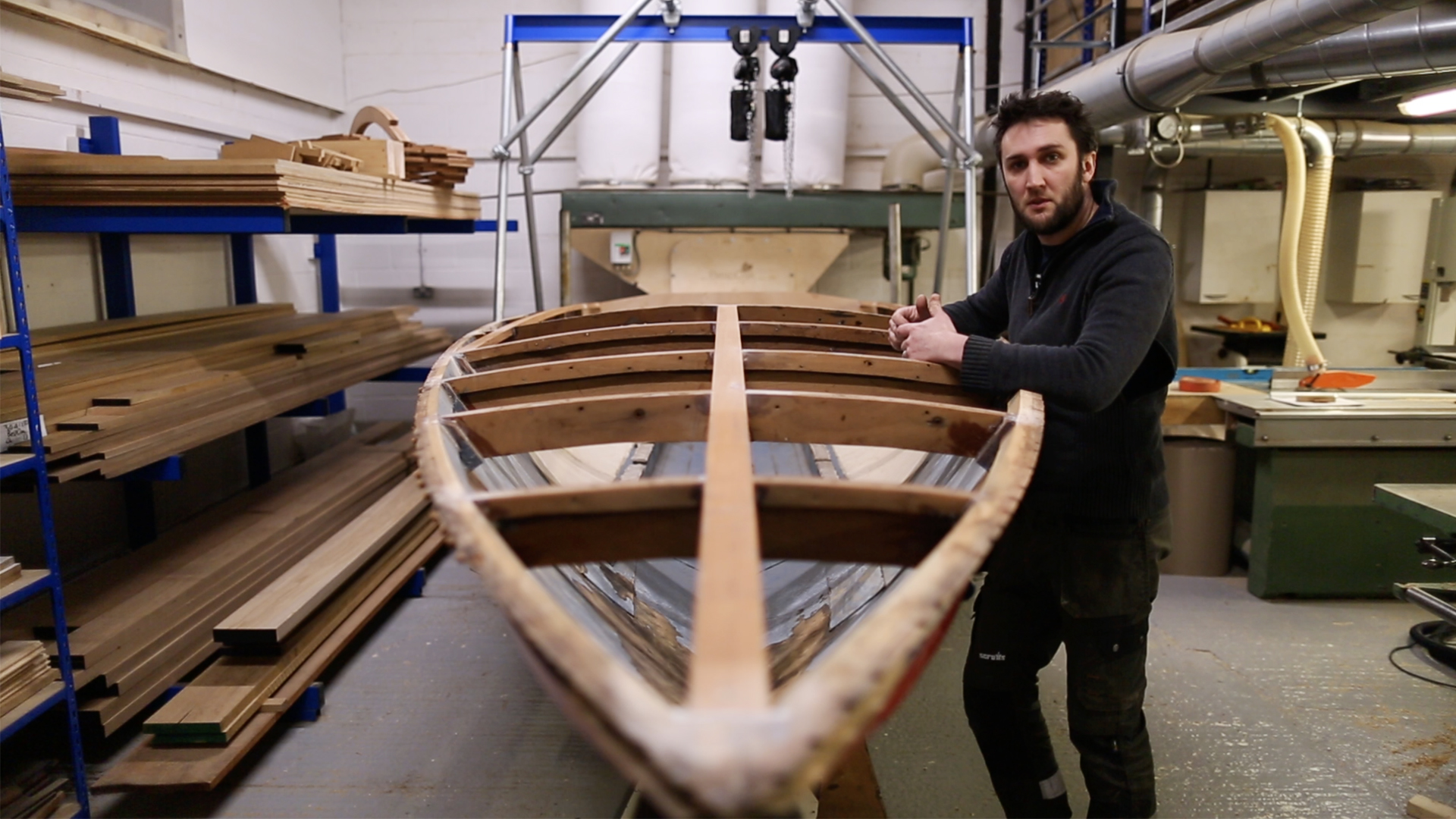 One of the boats that is currently in for restoration at Dan Lee Boatbuilding is a Stapley Falcon named Pisces. This is one of only two boats believed to have been built of this model. The Stapley boat models within the range were all named after birds and the names of those models were; 16ft Hawk, 17ft Falcon, 18ft Eagle, 19ft Vulture and the 20ft Condor.

Pisces was built in 1971 to be raced in the 1972 season, she was raced from 1972 to 1980 in the national ski racing and club level powerboat series. The boat was originally powered by a straight 6, 115hp Mercury outboard motor, the Tower of Power. She was later re-powered with a 175hp Mercury in 1978. The boat now runs with the original motor spec.

I have documented the entire restoration of the Stapley on my YouTube Channel. Take a look below to see the series of videos that follows the work on this boat.